The International Light Tackle Tournament (ILTT) grew out of a government-sponsored tournament between the Bahamas and Bermuda. The running of the event passed to the Bermuda Anglers Club (BAC) in 1961. We still have a team that fishes from the Bahamas.

There were 6 teams in the first ILTT.  Fishing days were Wednesday, Thursday, Friday - but anglers and guests would arrive by Sunday to take part in the events before the tournament. Since then the tournament format has varied between three and four days of fishing.  In 2018 it will move to a new two day format.

A total of 70 fish were caught in the first ILTT using 30lb, 20lb and 12lb test - 47 being Yellowfin Tuna, 11 Blackfin Tuna, 7 Mackerel, 2 Wahoo, 1 Barracuda, 1 Rainbow Runner and 1 Skipjack Tuna. The largest fish being a 107lb Yellowfin Tuna on 30lb test caught by John Hunter - the records indicate this was a potential Bermuda record.

In subsequent years the line classes used in the ILTT have varied considerably from 8lb test to 20lb test.  In most years anglers have used 12lb test as one line class makes things considerably easier on anglers that travel to Bermuda to compete in the event.  In 2018 we will be using two line classes 12lb test and, for those competitors who specifically want to target billfish, 30lb test.

We have had our share of publicity over the years too.  In 1982 – to celebrate the 21st running of the event - the American TV network ABC came down to film the tournament for their fishing program and also entered a celebrity team comprising Ernest Borgnine, Lynn Swan and Curt Gowdy.

The weigh-in of fish was originally at Cambridge Beaches Hotel, then moved to the Newstead Hotel before transferring to the Spanish Point Boat Club. Latterly, tournament HQ has been at Barr’s Bay Park in Hamilton, which allows locals and tourists to see the boats return at the end of each day’s fishing.

One of the hallmarks of the ILTT is the high number of international competitors who return year after year. For example, Bill Duval made the annual trip from the United States for 30 years and his late wife, Gene, competed for many of those years as well. David Fingland from the Bahamas has been a solid supporter of the event for many years now, and has been instrumental in bringing new competitors from the Bahamas and United States to compete.

Watch Fishing ILTT Through The Years 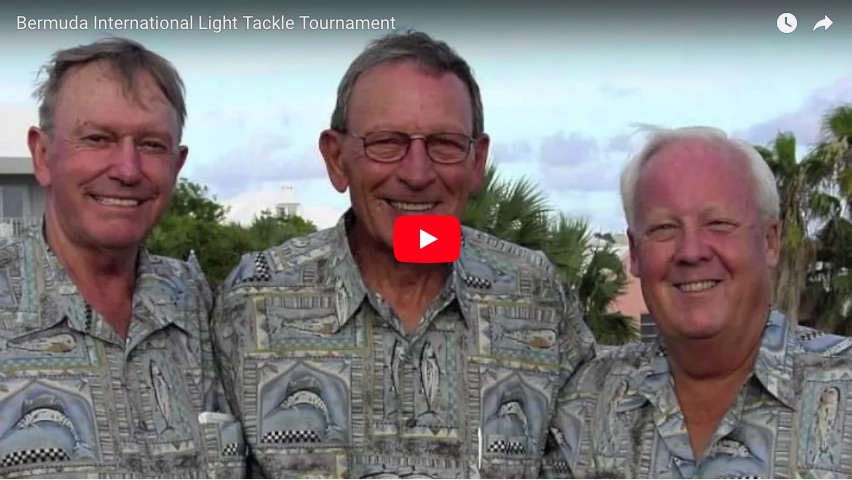 Through the Years - Images of Times Past 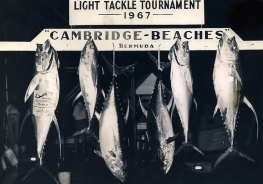 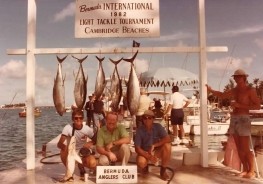